Yvette had experienced repeated basement flooding over the years. The water typically reached ankle depth. She noticed that when the drains in the street backed up, her basement flooded. She had also noticed her basement continued to flood despite an unusually dry summer. She wanted a permanent resolution to her ongoing problem.

Rick Pilarski developed a comprehensive solution for Yvette's home that would ensure the basement would never flood again.

The first step was install interior drainage at the base of all the walls. Our patented WaterGuard drainage system was installed around the entire 104 ft. perimeter of the basement. WaterGuard is designed not to clog with dirt and debris. Inspection points were also installed to ensure the system is flowing properly.

The second step was to stop water from entering through her walls. BrightWall paneling was installed on all the basement walls to trap water before it enters the basement. The patented BrightWall panels don't allow mold or mildew growth. The panels force the water down into the WaterGuard system instead of allowing it to pool on the floor or enter the air.

With her complete basement waterproofing system installed, Yvette never has to worry about her basement flooding for any reason ever again. 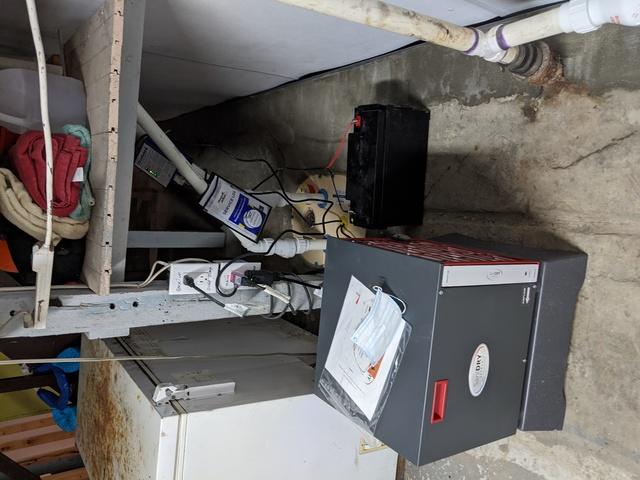 Photo Gallery: Stopping Basement Flooding in Buffalo, NY
Back to Previous Page
Back to Case Studies