We're Hiring! Want to join our team? Visit our job page to see our openings.

There is intrinsic value in being able to determine when seismic activity is happening, to be able to study how and why these occurrences take place, and ultimately to predict when the next big one is coming. It’s no wonder Canisius College, who has its own Seismograph Station, sought to be part of a group of organizations in the Northeast that are connected to the unique Lamont-Doherty Cooperative Seismographic Network. But it took a team of people to put it together and Frank DiMaria and crew, from Frank's Basement Systems were there to give it a great foundation.

Taking charge was Mark H. Castner, the Director of the Braun-Ruddick Seismograph Station at Canisius. He wanted to be part of a team of networks, working together to detect all seismic activity in the Northeast, ultimately creating a precise and strategic connection to the earth’s movement throughout the entire region. The goal is to compile all seismic activity and to study the cause and effect of what is happening in the region. Ultimately, this knowledge will help warn of any potential hazards affecting the region, by warning of a probable event, there may be time to prepare dangerous locations, such as power plants, or highly populated areas. There are seven states represented in the stations and Canisius College is now considered one their New York hubs.

When Mark was granted the opportunity, he partnered with Won-Young Kim, Lamont Research Professor and Director of the Lamont-Doherty Cooperative Seismographic Network, to begin the process of building their station. There was only one problem; they couldn’t find anyone who knew how to build the foundation. Enter our illustrious Professor of Foundation Work, Frank DiMaria.

Frank rallied the troops, brought the gear, met Professor Castner and Professor Kim at the Canisius location where the seismograph was going to be installed.  Frank’s team got to work swerving through parking lots and back roads to get the bulldozer and the ten-foot cement truck through narrow corridors and gates. 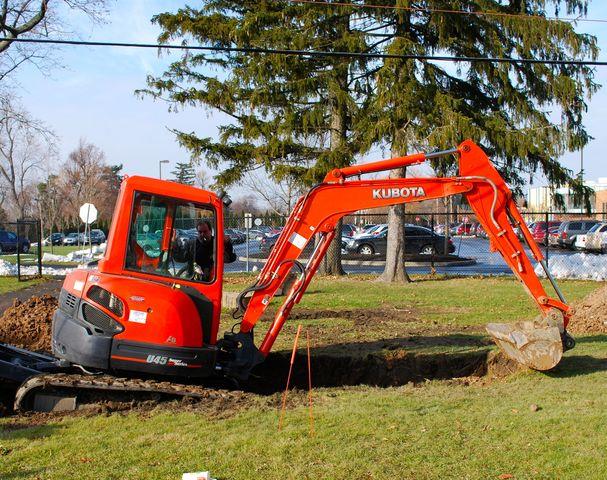 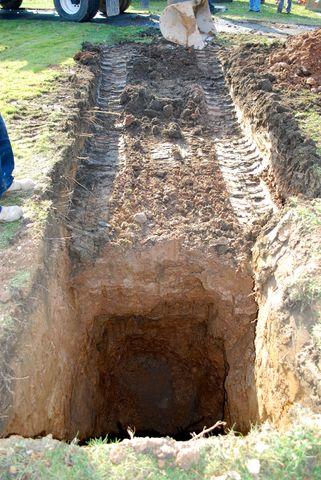 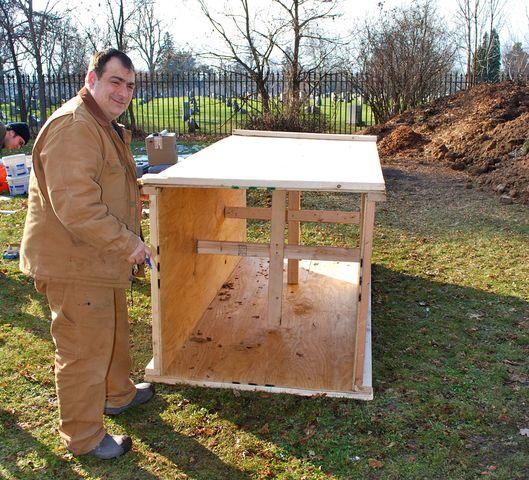 Once there, they needed to work the bulky equipment with precision and a gentle hand. Digging the whole was one thing, standing the empty wooden crate evenly without damaging its integrity was another. This crate would eventually be the vault containing almost half a ton of concrete. Frank’s team worked that massive machine like an embroidery needle, threading that wooden box into the trench and positioning it straight without crushing it. 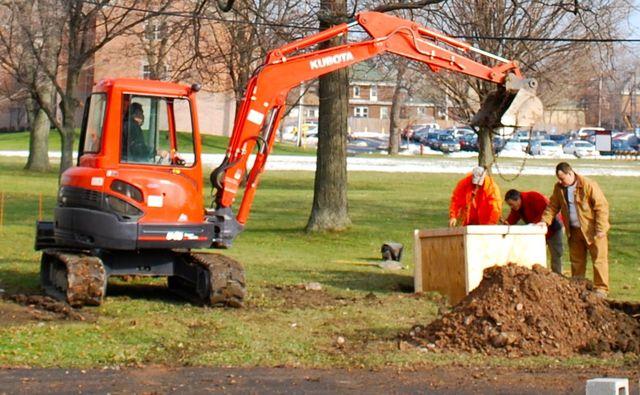 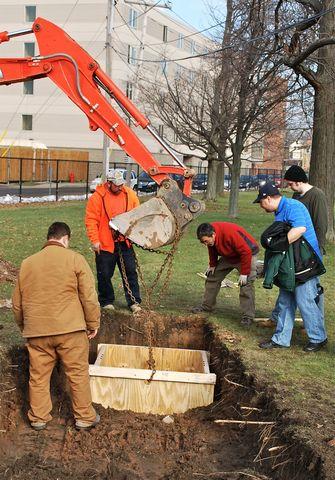 Then came the cement truck. 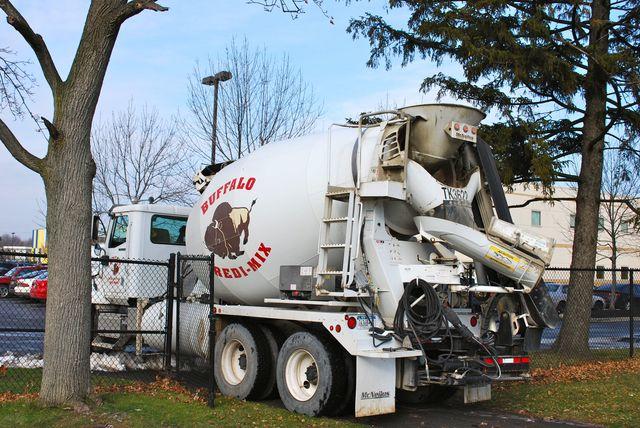 The trick was to pour the cement into the box while piling and compacting the dirt on the outside, a little at a time each so it wouldn’t break under the pressure, while making sure the box remained level at all times. 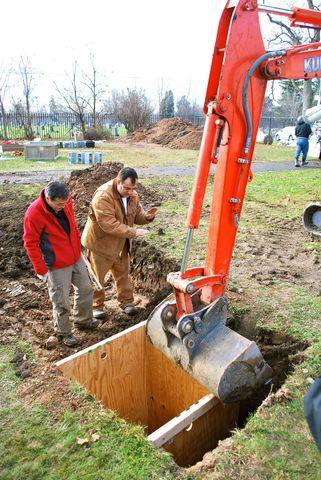 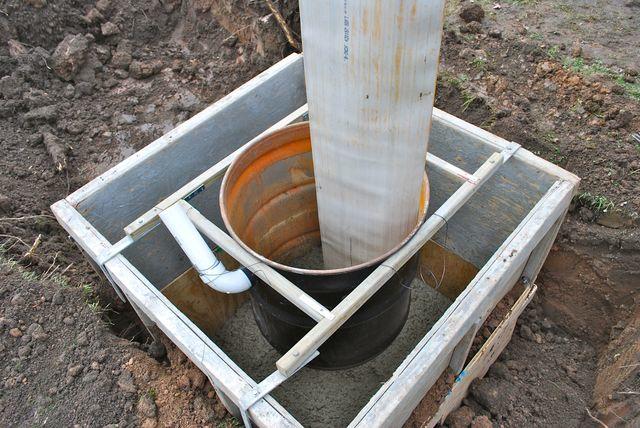 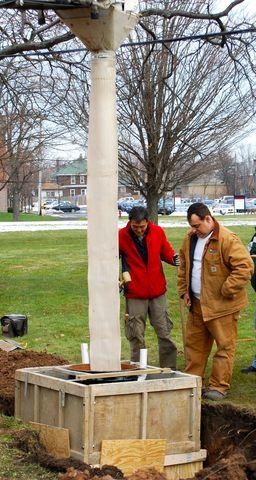 The process took several hours and created the foundation for the seismograph. After digging a trench for the electric and cable and connecting them to Canisius’ existing Seismograph Station, Canisius is now part of a forty-station project that can monitor and report on all the seismic activity of any kind in the North East. This station is sensitive enough to detect earthquakes as far as China, and accurate enough to detect and record the tiniest earth rhythm throughout the Northeast.

“This is a type of project we don’t see very often, but one that makes my business so interesting. I love the flexibility to get involved in something like this and I’m excited to have been able to help make it happen. How cool it is that our own Canisius College is now part of just a prestigious group?”

Back to Previous Page
Back to News & Events